In February 2022, two protest convoys simultaneously began in New Zealand – from Cape Reinga at the top of the North Island and from Bluff at the bottom of the South Island. Their destination was parliament grounds in Wellington. And what would happen when they got there would become a defining moment in the country’s history.

We Came Here for Freedom is firstly a documentary film about that event. But as it grows, it is also an evolving historical archive of the stories, art, film, photography and music of the convoy… and a reminder of why freedom of speech and unity are essential to New Zealand’s future.

What is democracy if you don’t have a voice?

A story about unity. 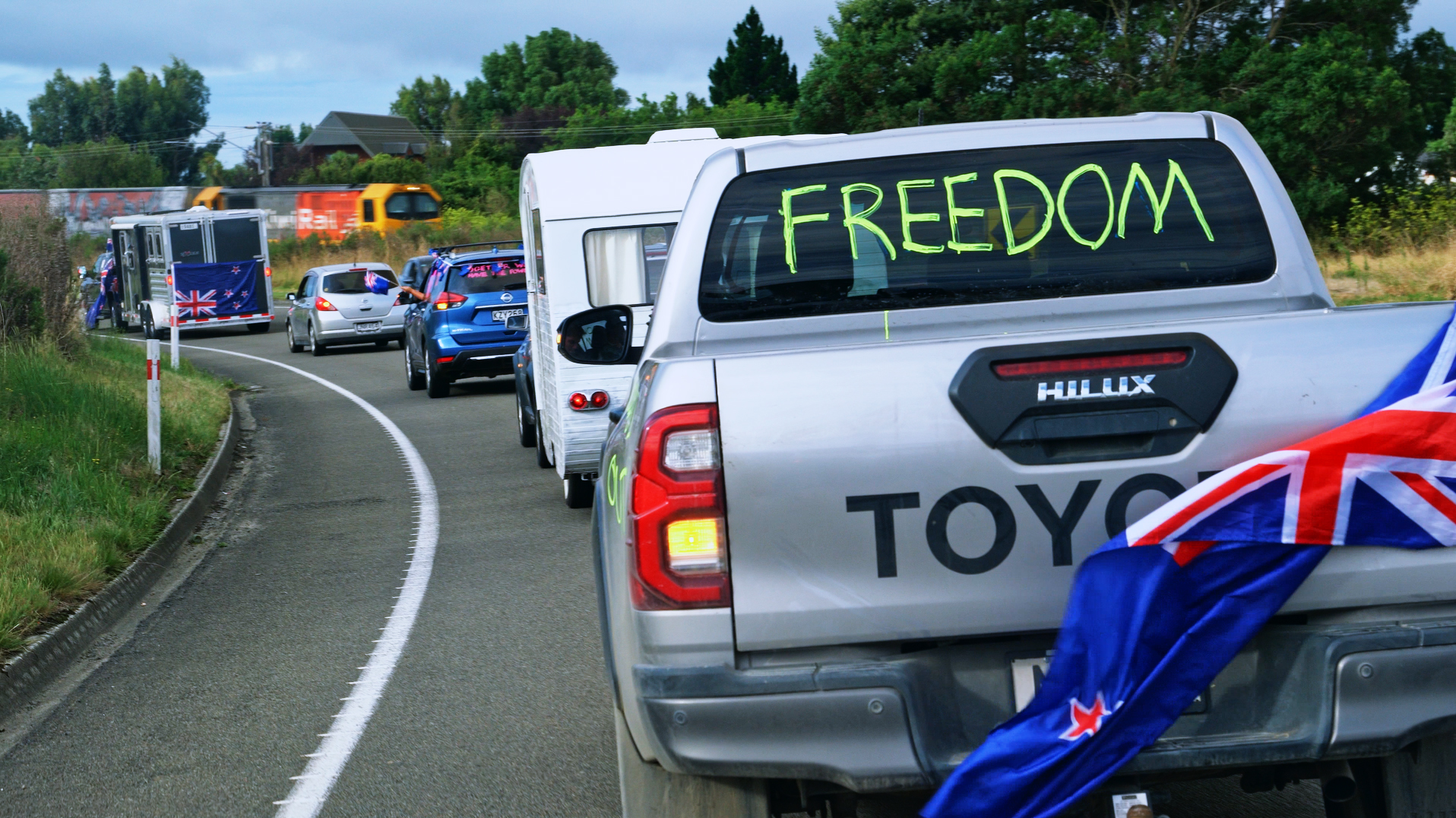 On February 6, 2022, an unprecedented event began taking place in New Zealand. Inspired by the Canadian truckers’ Freedom Convoy, New Zealanders from all walks of life began a historic convoy of their own. Starting from Cape Reinga at the top of the North Island, and from Bluff at the bottom of the South Island, the convoy headed to Wellington, gathering along the way tens of thousands of New Zealanders across the length of the country.

It was the biggest outpouring of spontaneous community spirit ever seen in New Zealand’s history, as suddenly the great myth that those who questioned the government’s actions during the covid era were a fringe minority. Instead, thousands of cars formed a line of flashing hazard lights that literally went the length of the country past tens of thousands of cheering New Zealanders.

It was a spectacular display of people power.

The effect was undeniable. The people had spoken, and by the time the Freedom Convoy reached Wellington, the response from all 120 members of parliament – including the opposition members – was to quickly band together and agree that they would not speak to any of the protesters who gathered on the parliament lawns. The very people they represented. 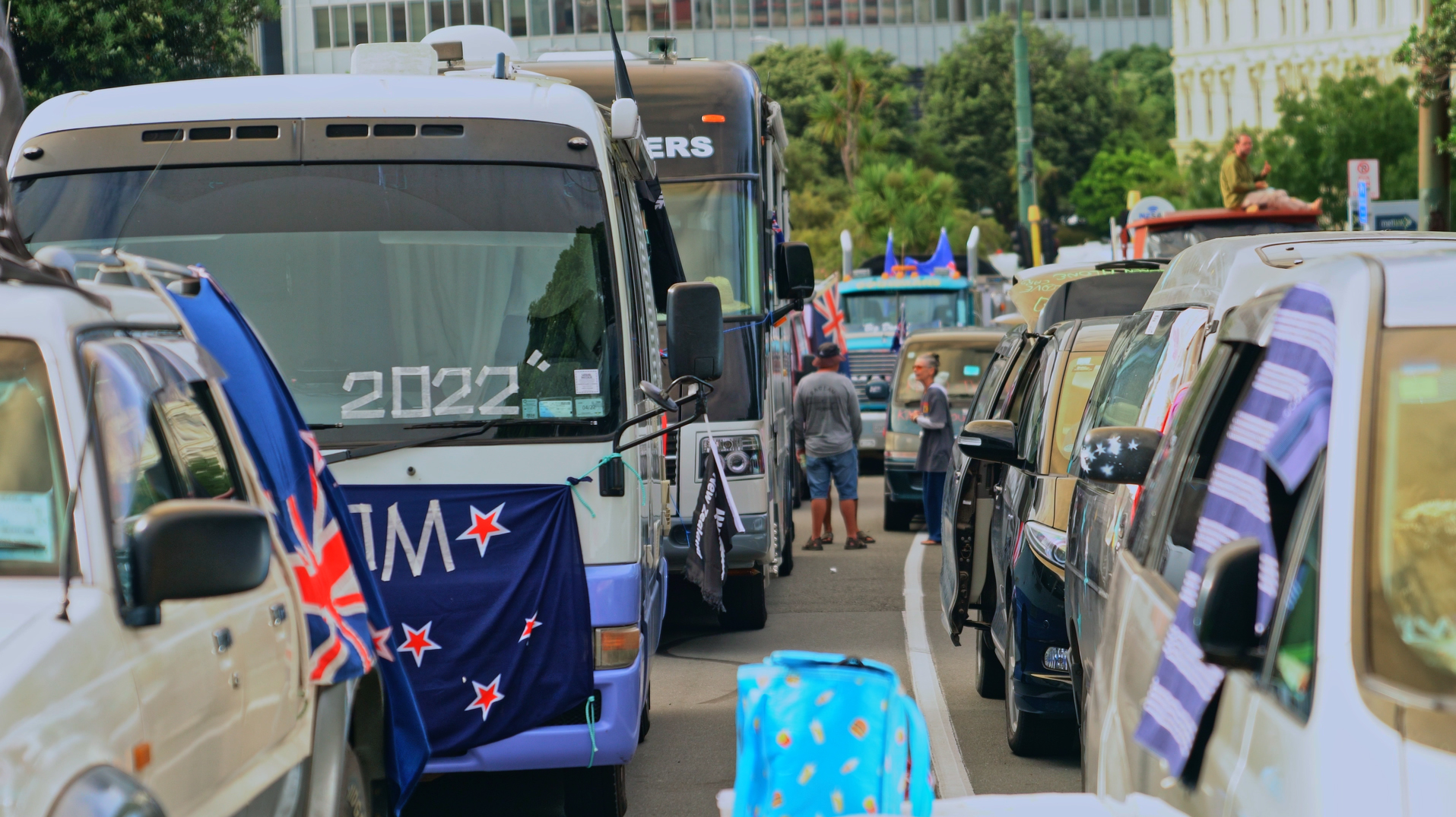 And so the impasse began.

A village formed. And as the government and its opposition parties refused to talk to the people, the people refused to move.

And suddenly, even if you disagreed with the protestors, it became clear that the parliamentarians of New Zealand no longer considered themselves representatives of the people.

Yet despite all that hurt, the government and media refused to acknowledge them, and instead began a campaign of vilification. 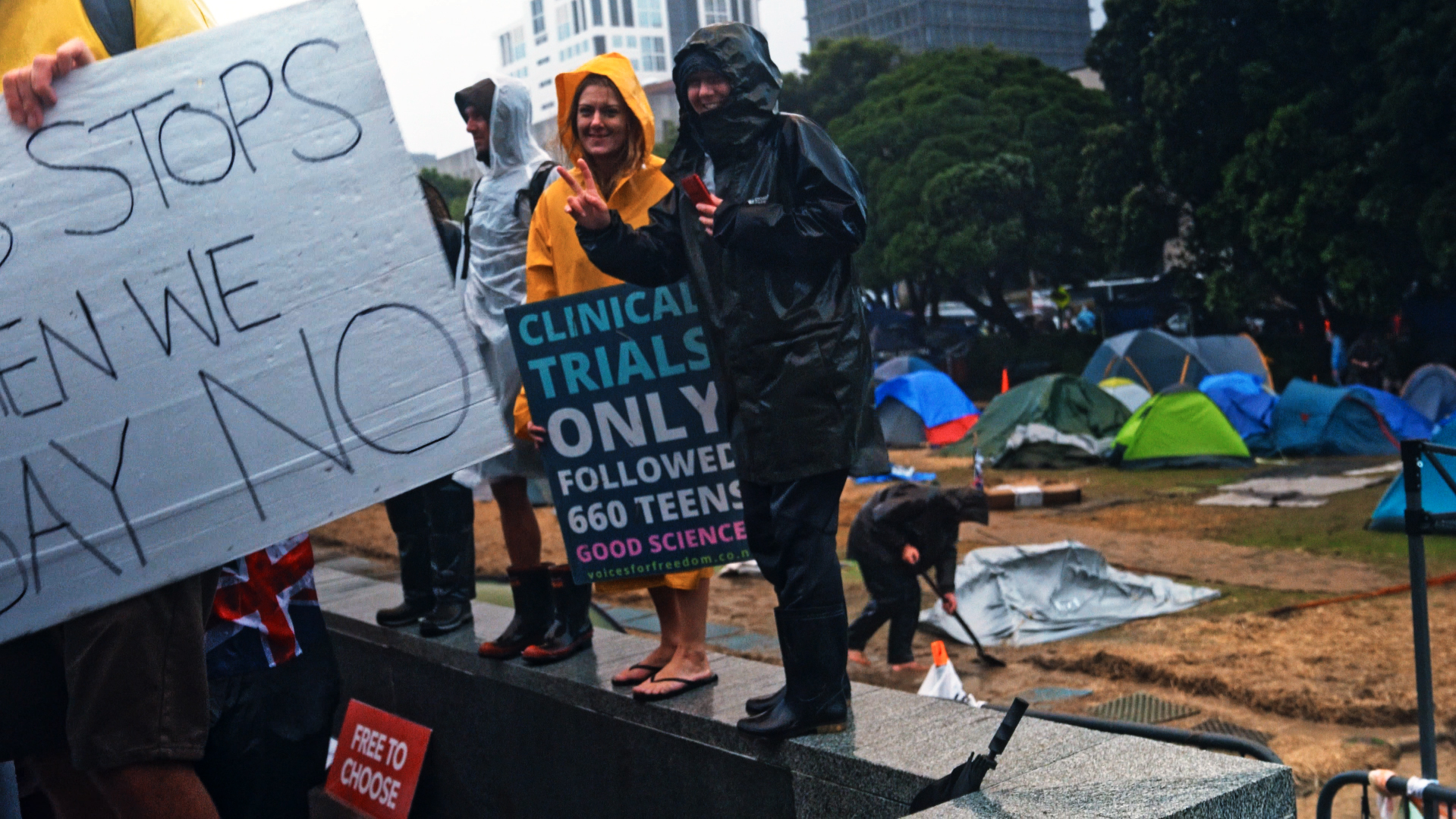 Chiefly among those was MP Michael Woods’ parliamentary speech, in which he referred to the protestors – the very people who he represented – as “a river of filth”. As a sign of how far democracy in New Zealand has fallen, it was a claim that was not protested by any of the MPs in parliament, including the opposition members.

Then, as if emboldened by such rhetoric, the media joined in, openly attacking and vilifying the protestors who had already lost so much.

We Came Here For Freedom is the story of the Wellington occupation from within. It is a story that most New Zealanders have simply not heard because both the New Zealand government and media refuse to acknowledge the stories of their own citizens.

This is the story that the government and the media of New Zealand has fought to suppress.

It is the story that tells of the protestors at parliament in February 2022, not as “filth”, but as New Zealanders worthy of a voice. 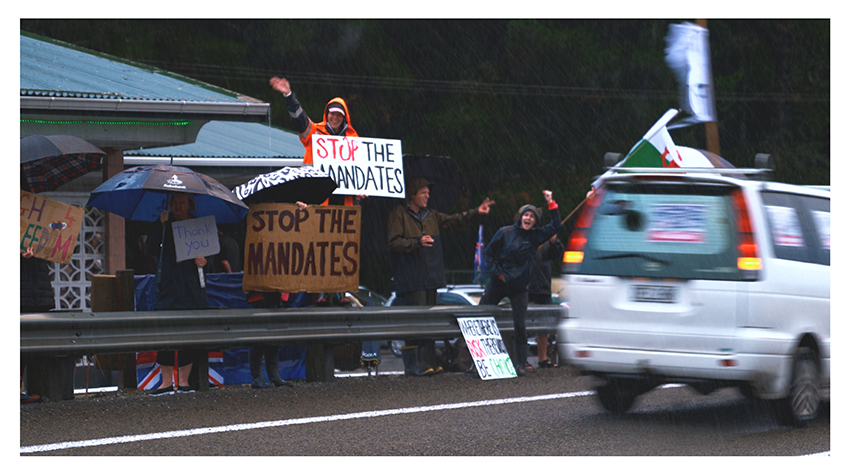 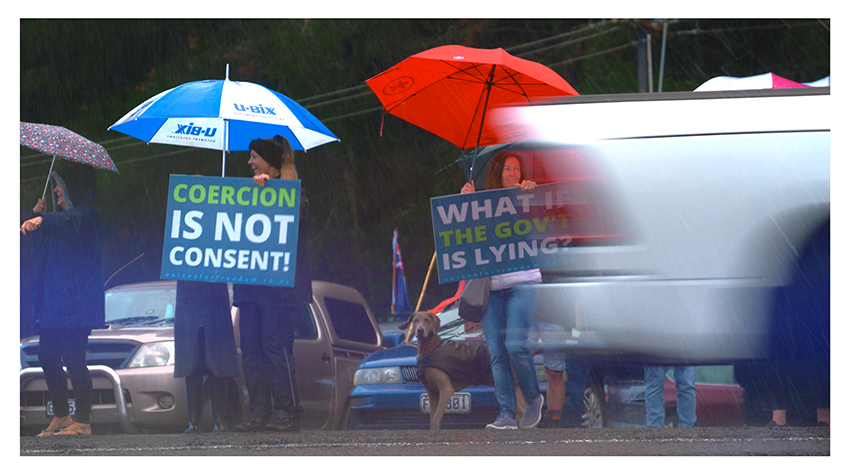 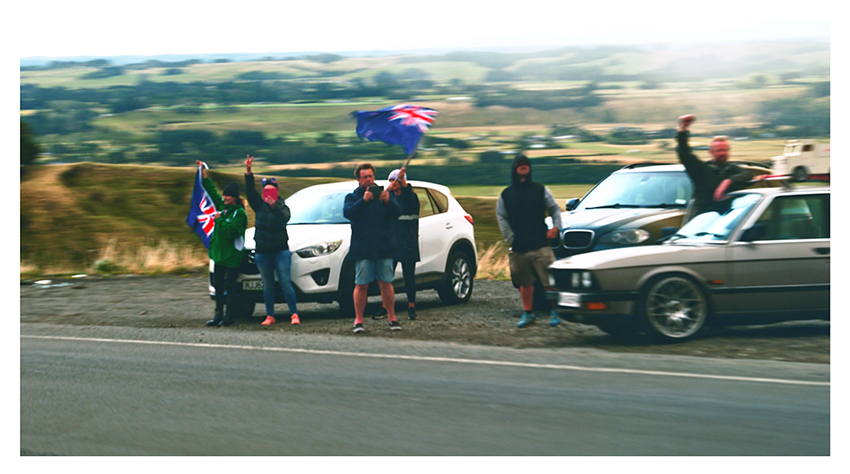 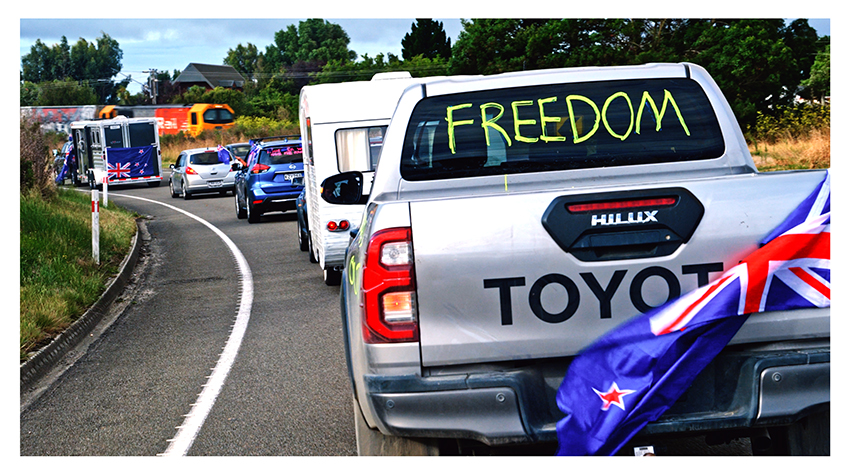 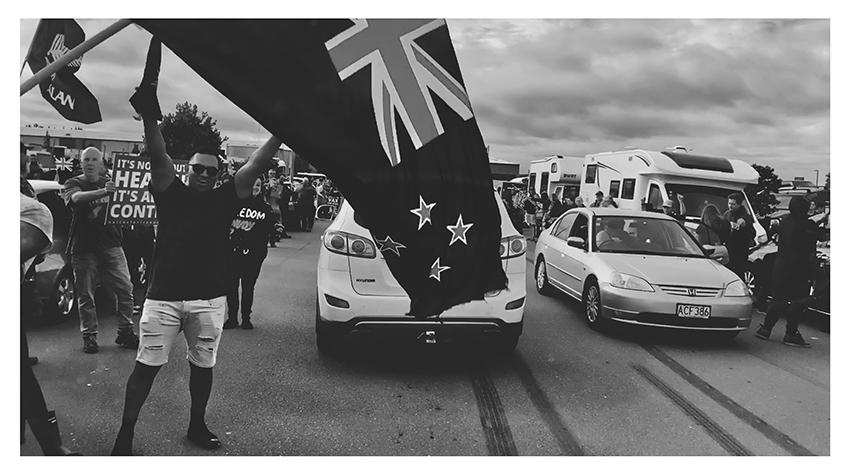 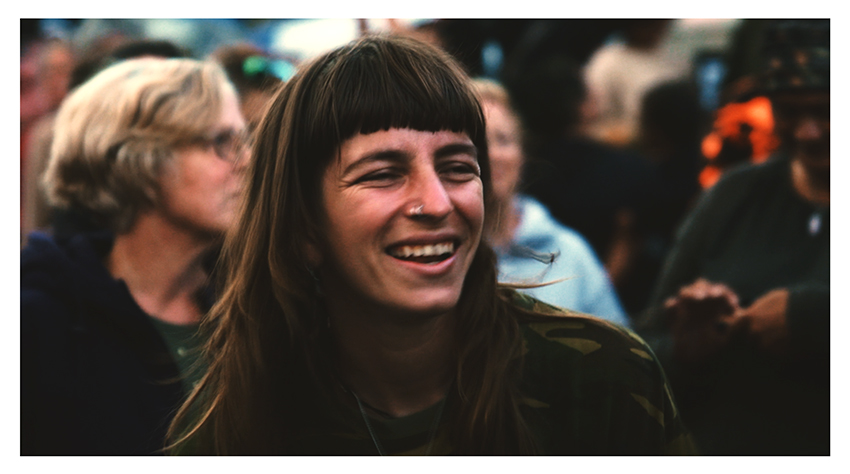 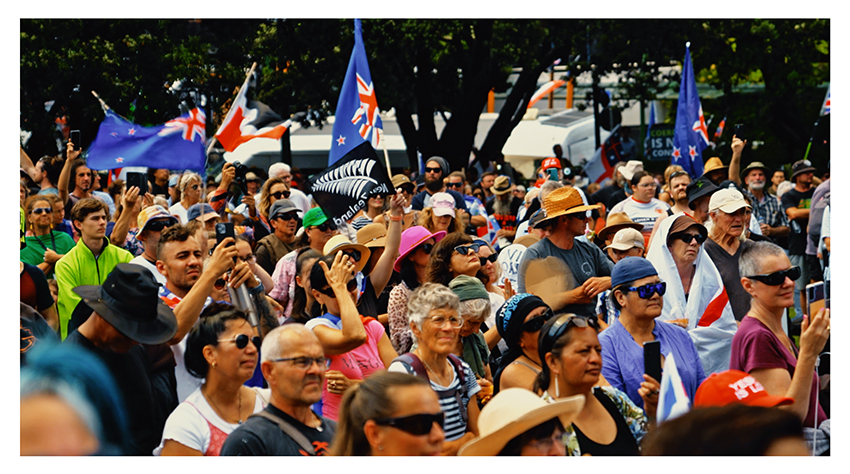 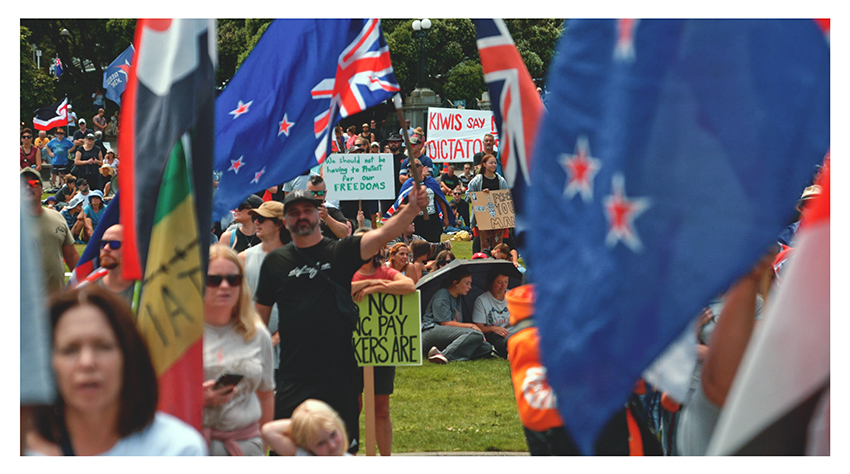 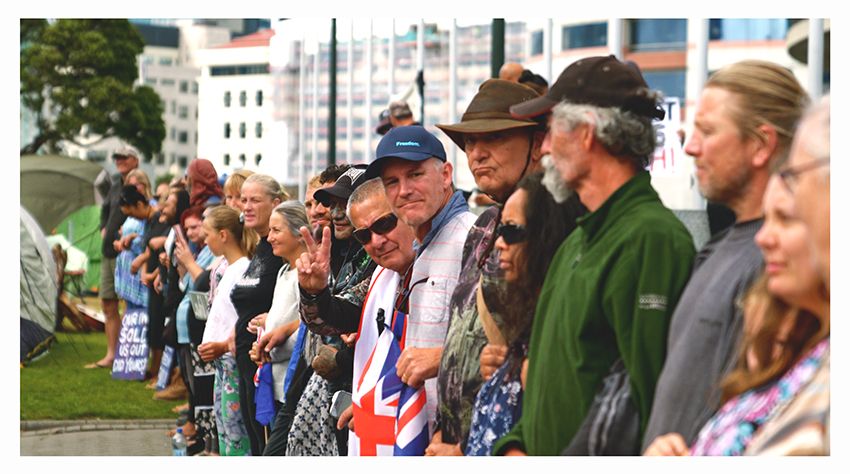 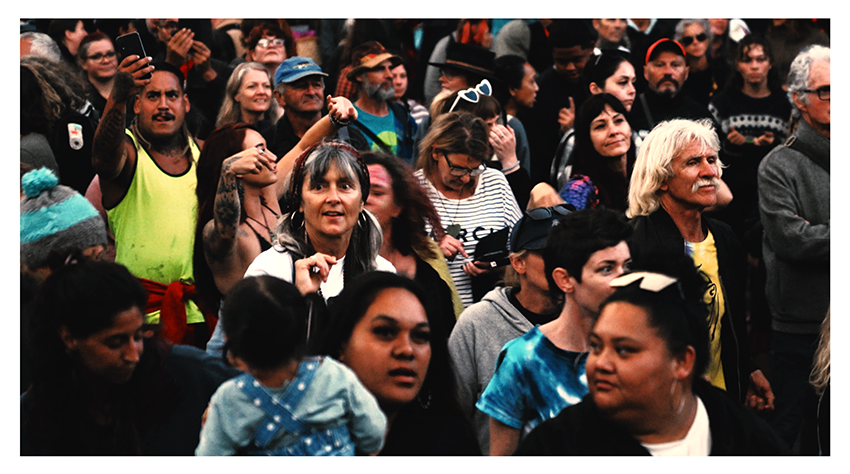 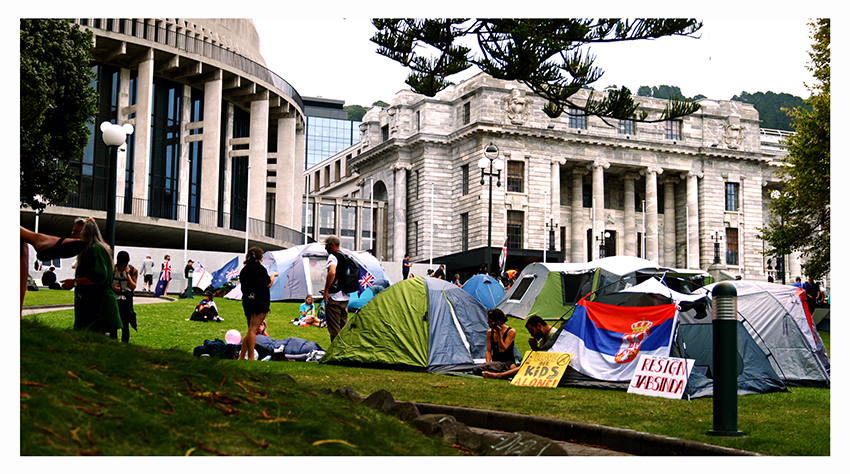 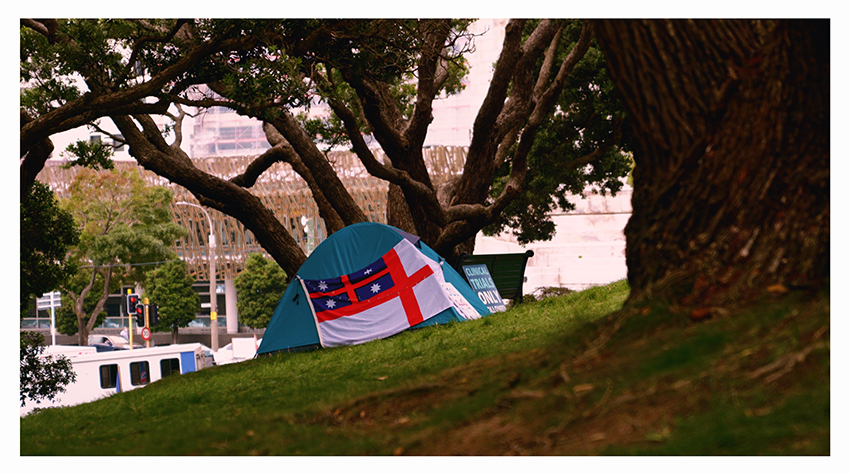 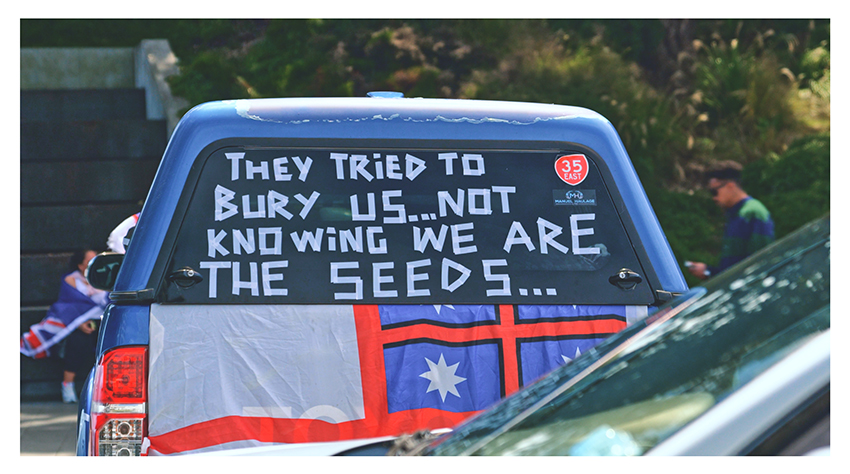 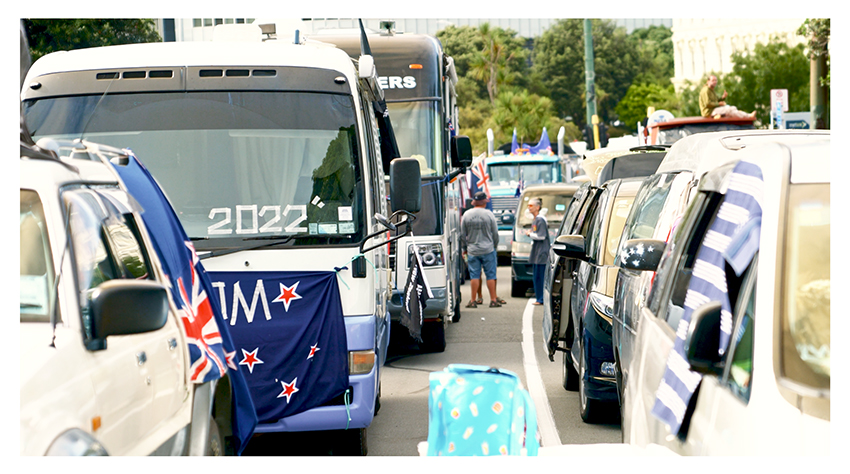 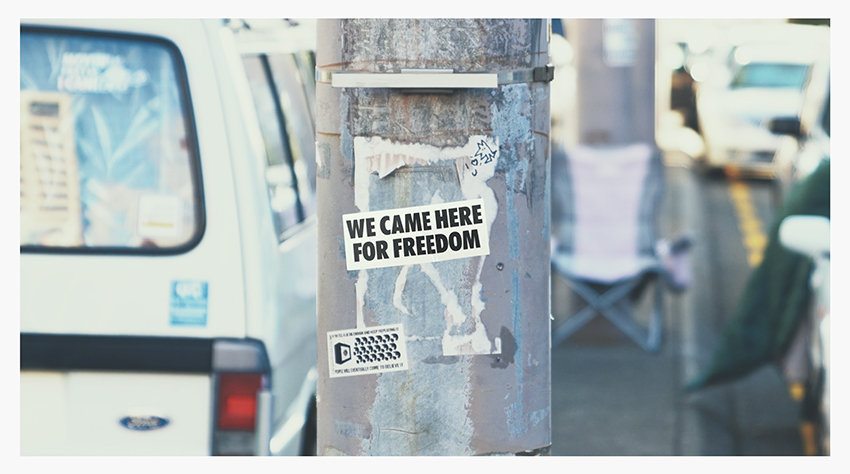 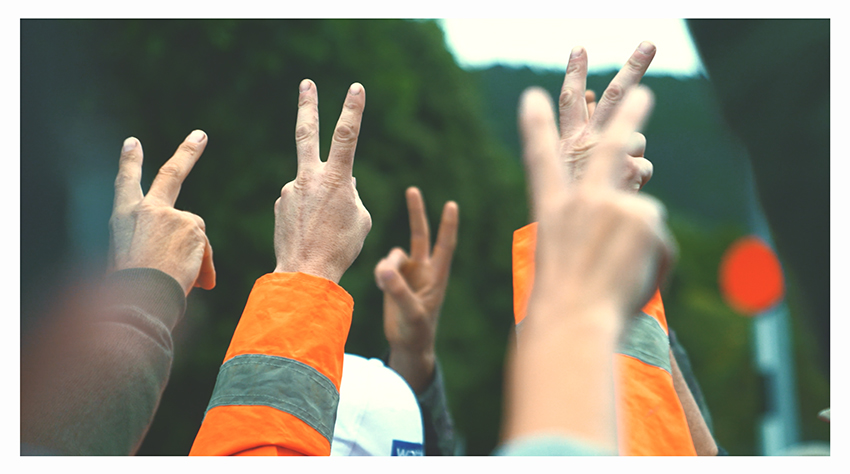 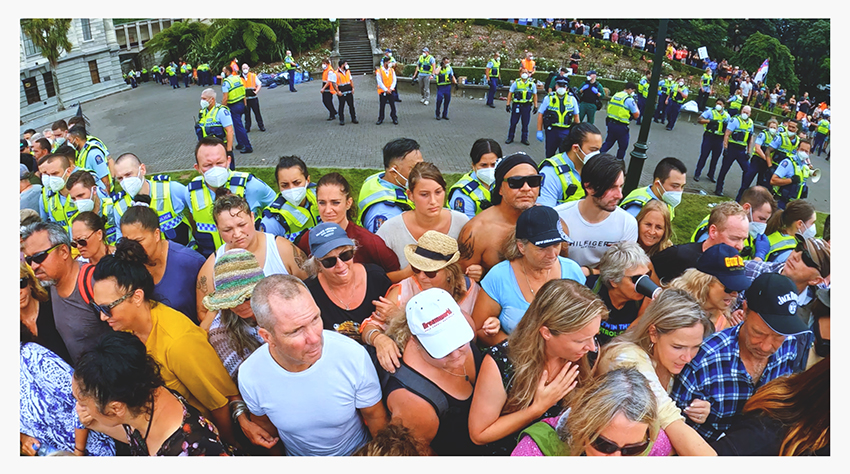 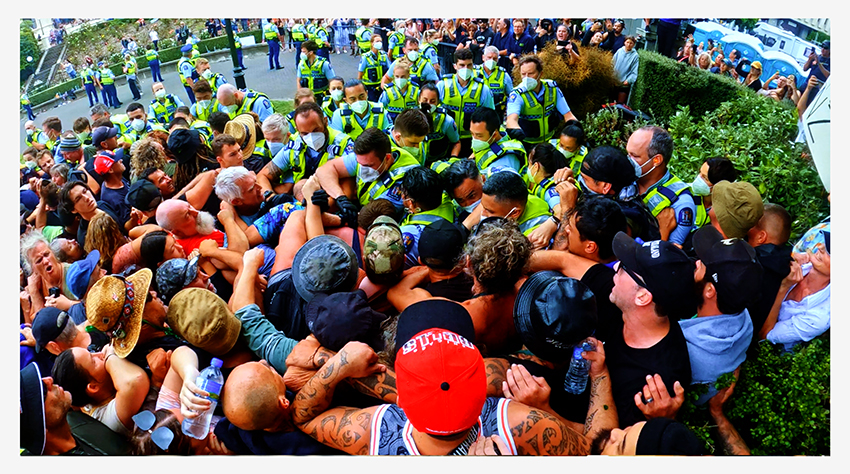 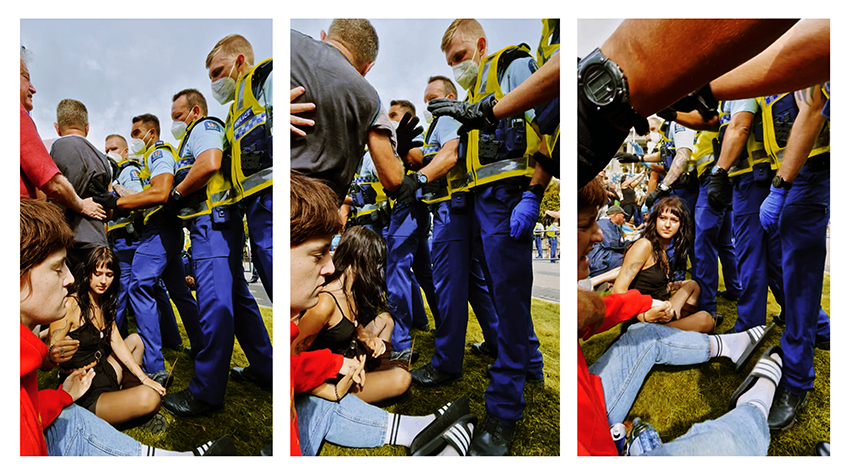 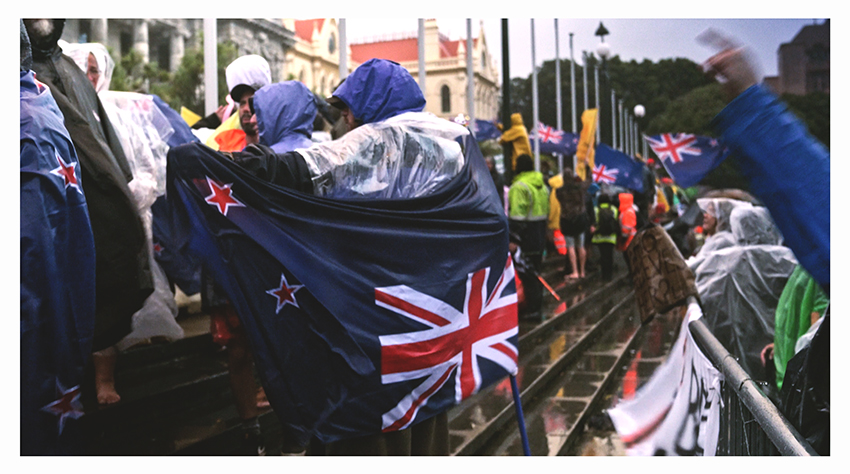 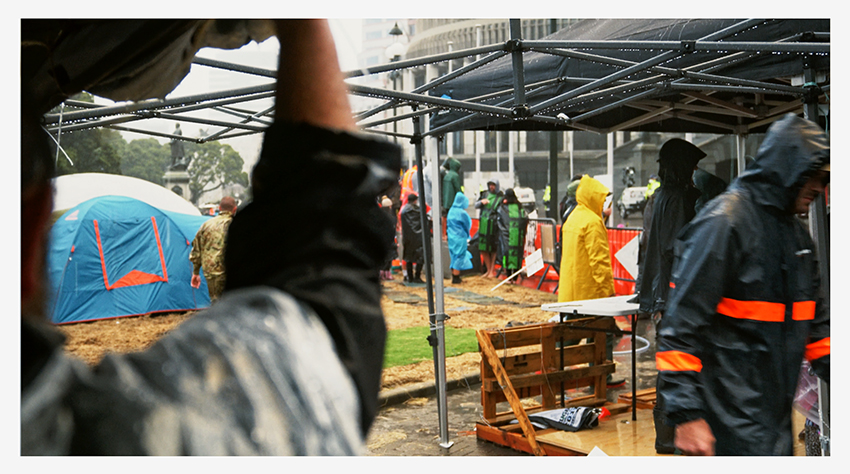 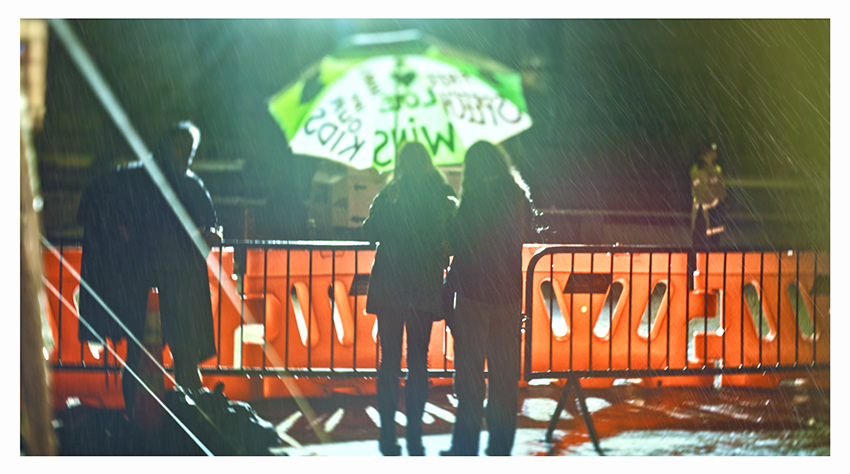 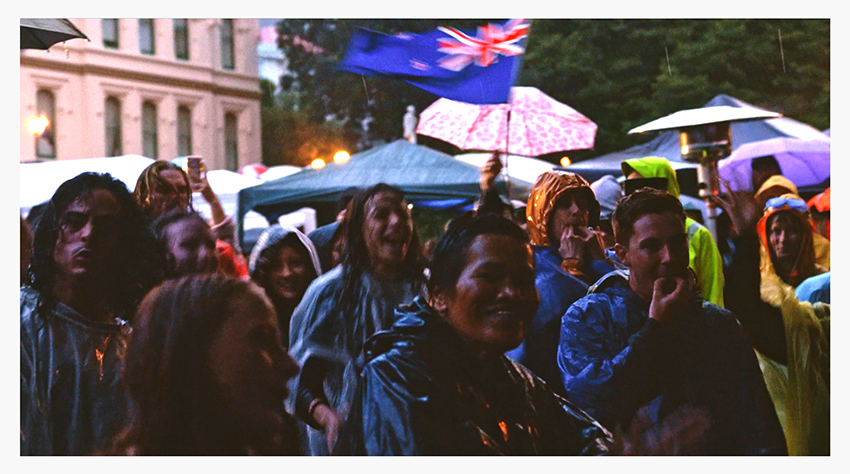 WE CAME HERE FOR FREEDOM – PART 1

The story of the 2022 New Zealand Freedom Convoy, the tens of thousands who lined the streets and bridges to cheer it on, and the beginnings of a village on Parliament grounds that would change a nation. 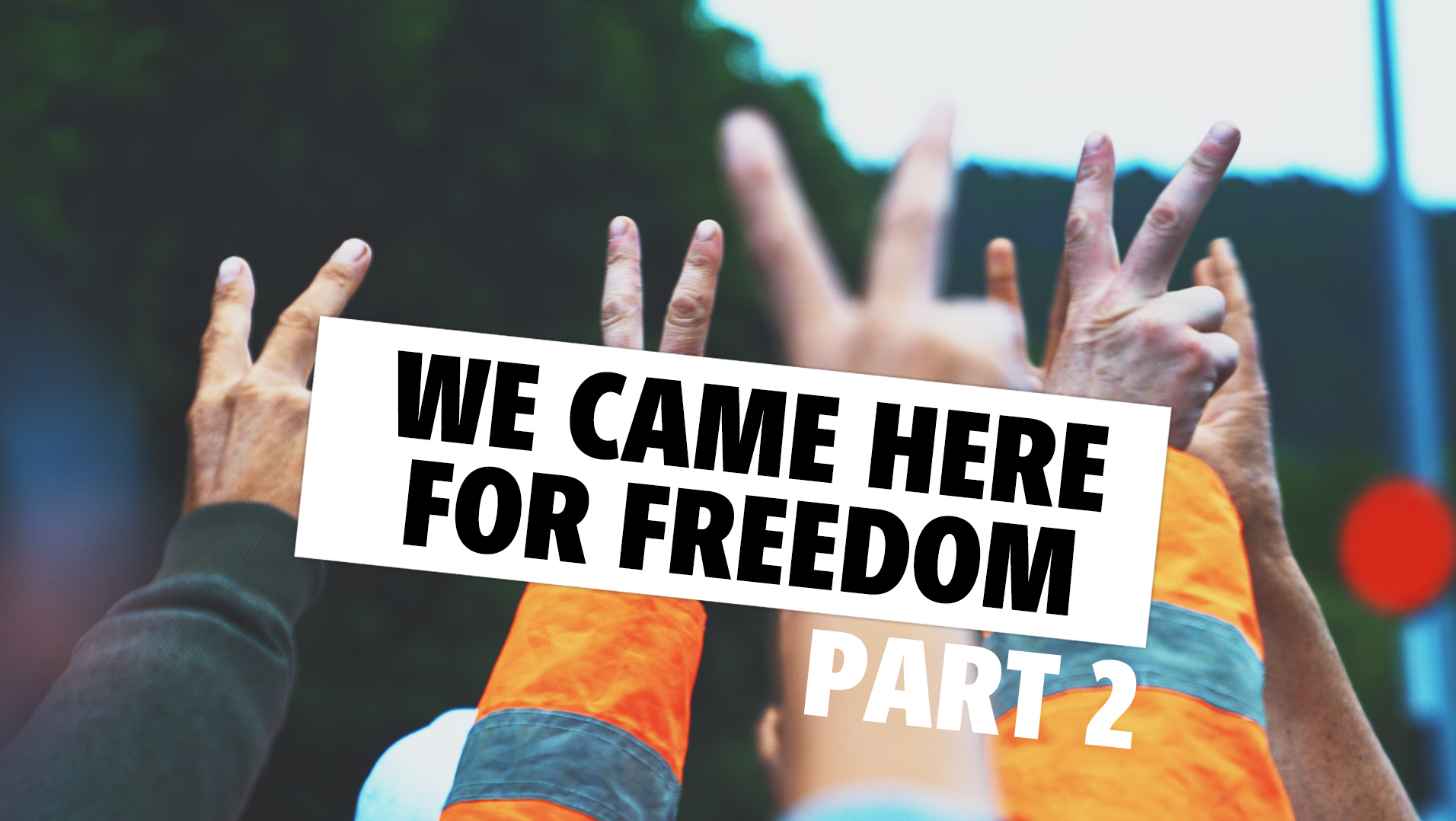 Unlike the mainstream media in New Zealand, the filmmakers of We Came Here For Freedom do not receive any funding, from government or otherwise.

However, we do believe the film’s message of freedom of speech, freedom of choice and democracy is an important one, so we have made this film free to view so as many people as possible are able to see it. Therefore, if you believe in the importance of free speech as much as we do, please consider donating to help us continue our work. 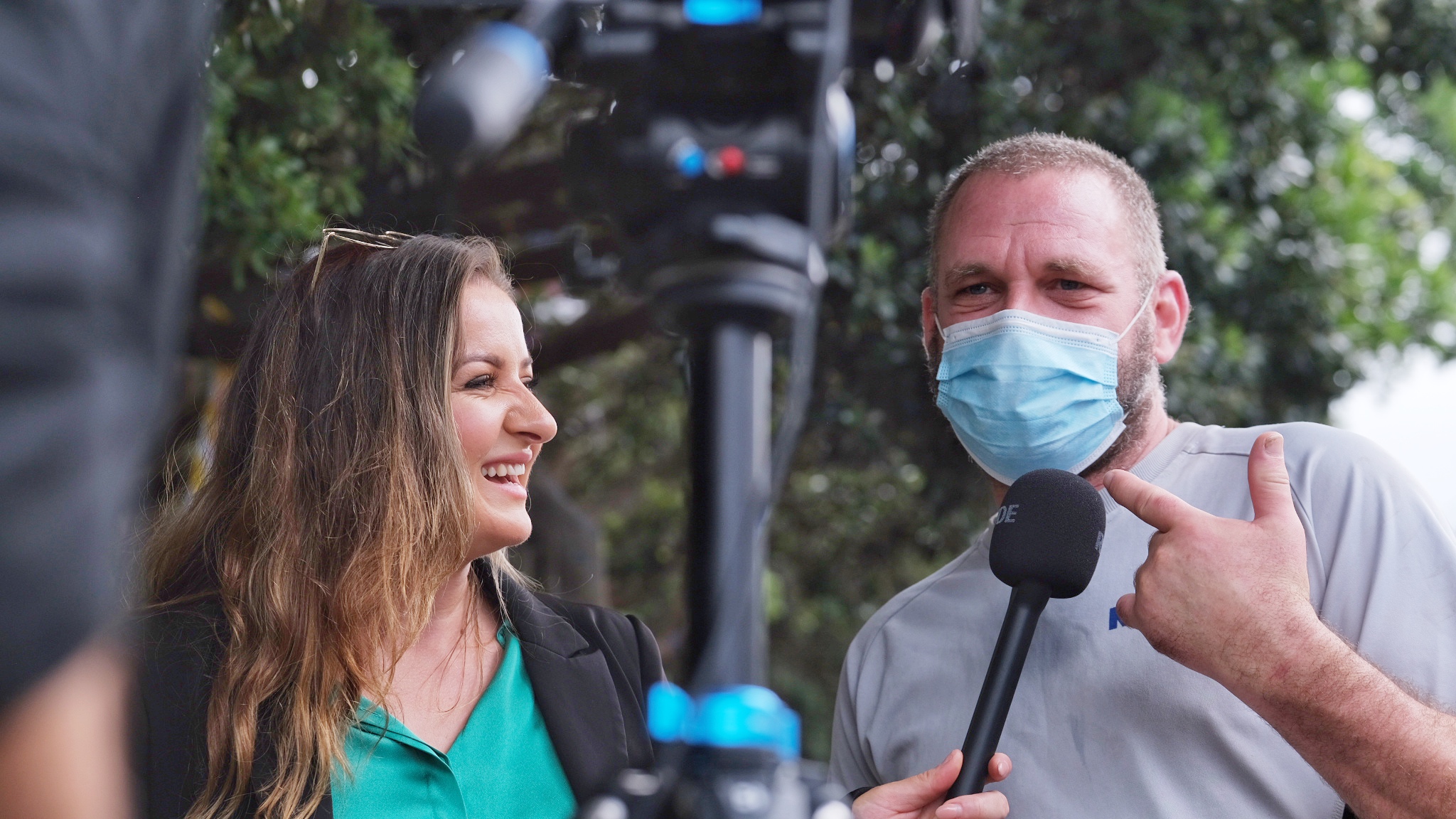 In We Came Here For Freedom, the story shows the work of Chantelle Baker and her team, telling the story of the protests at parliament. As a sign of the times, and the deep mistrust in the media and the government that had developed, Chantelle livestreamed the events at parliament and actually developed a viewership bigger than the main networks.

It was one of the more incredible stories of the protests, and was mostly due to the fact that she was showing the unaltered truth of what was happening. New Zealanders came to trust her footage and since then, probably because of her success, her work has been demonised by the mainstream media and censored by the government through alliances with social media companies.

All of that however is simply misinformation, spread to distract from the great work she and her team are doing to hold the media and the government of New Zealand to account. Freedom of the Press is incredibly important to a functioning democracy, and one sign it isn’t working is when the government and media collude to have a media outlet like Operation People deleted from Facebook and other social media platforms.

So please do visit Operation People’s website to see and support the work Chantelle and her team are doing holding the government and our media to account.

Art inspired by the convoy.

Films from before the convoy.

If you want to get in contact, please leave us a message here and we'll get right back to you: